An international team of scientists with participation of the Montanuniversität Leoben recently reported a first real-time study of the structural changes of bismuth disalicylate, a model for the commercially available drug Pepto-Bismol, which is used, among other things, to treat stomach upset, heartburn and nausea due to its antibacterial effect. With the help of X-ray experiments for structural analysis, scientists from the McGill University (Canada), the Université Bourgogne Franche-Comté (France), the European Synchrotron Radiation Facility (ESRF, France), the University of Liège (Belgium), the Deutsches Elektronen-Synchrotron (DESY, Germany), the European XFEL (Germany), the Ruđer Bošković Institute (Croatia), the University of Warsaw (Poland) and Leoben succeeded in obtaining a significantly improved understanding of the behavior and thus the mode of action of bismuth disalicylate during solvolysis. The findings, to which Petra Spörk-Erdely of the Chair of Physical Metallurgy and Metallic Materials contributed by means of X-ray diffraction experiments, were recently published in the renowned journal "Journal of the American Chemical Society" (Impact Factor 2020: 15.42). 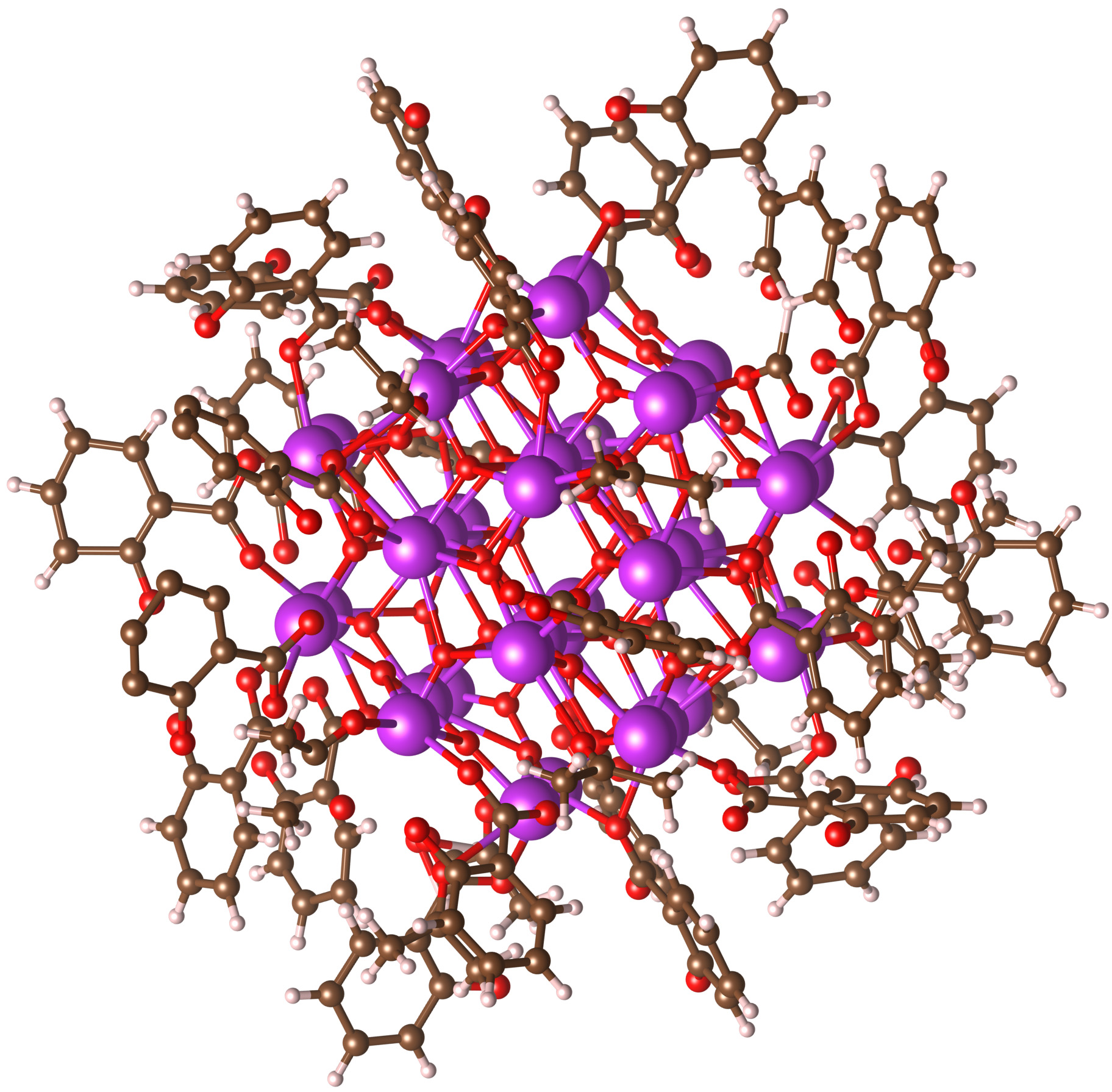 Solid-state model of the {Bi38O44} cluster consisting of bismuth (purple) and oxygen (red) atoms surrounded by carbon (brown) and hydrogen (beige) atoms as in the final hydrolysis product.